Tom Stourton and Jalaal Hartley took to the stage come Series 6 with a slight episode change, and would start the show with an introductory song in an old-styled theatre with medieval jester-looking clothes

Tom Stourton played a more dramatic and sillier man who would often annoy Jalaal Hartley, who, whilst playing his guitar and singing, would sometimes get annoyed with Stourton. The men would take it in turns to sing whilst the lyrics came up on screen, each song simply 4 verses, the last line of verse 2 and 4 rhyming in a simple poetic way.

Alongside them in every episode would be Rattus playing the drums. Throughout the whole of Series 6 Rattus wore a costume, as opposed to nothing, which is of a similar look to the jesters singing, and so probably the reason being that he was part of their performance.

Also, there would be one other character who would not say anything but just play an instrument. The extra characters instrument would help change the music, although the music was always to a very similar tune, and the character, played by a different actor each episode, would look as if they came from the time era in which the episode focused on. 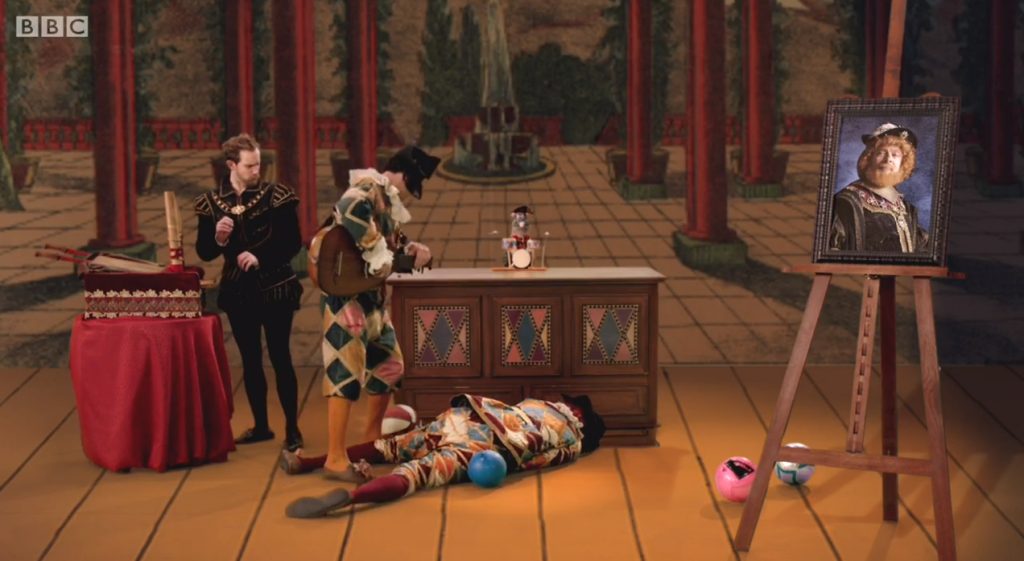 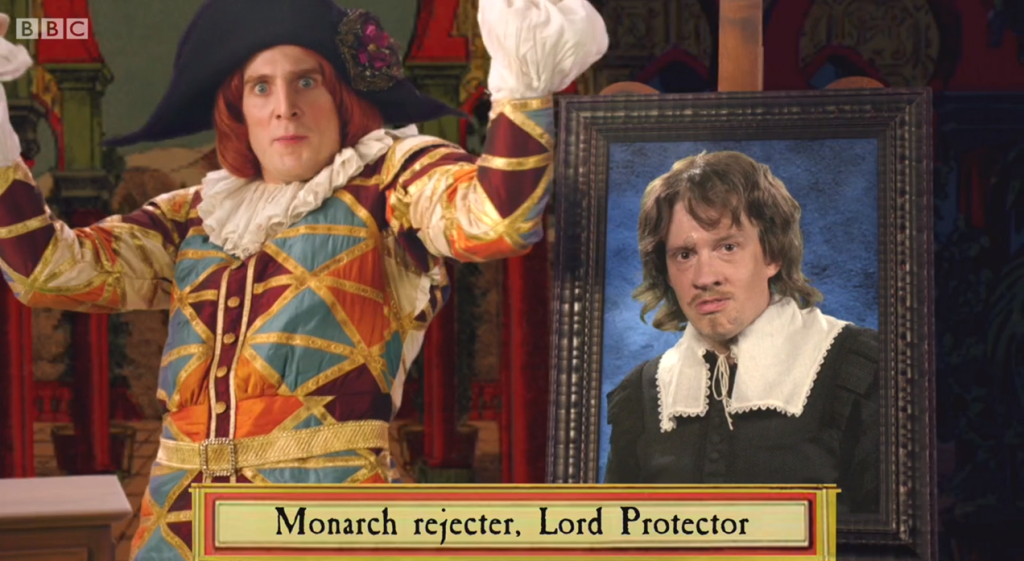 One thought on “Horrible Histories Theatre”